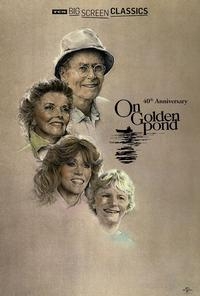 Henry Fonda, brilliant as Norman Thayer Jr, angry about being 80 and losing his faculties – Hepburn, his fine all devoted wife who shared his summers at their Maine lakefront home – and the alienated daughter, played by Jane Fonda.