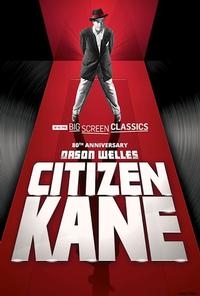 So ends the odyssey of a life ... and begins a fabulous tale of the rise to wealth and power--and ultimate fall--of a complex man: A boy abandoned by his parents inherits a fortune, builds a global newspaper empire and aspires to become President of the United States, but he loses everything over an affair with an untalented nightclub singer. This fascinating story unfolds through the eyes of the people important to the tycoon--each showing a different aspect of Citizen Kane.

See the film that considered by many to be the greatest film of all time, on the big screen in a special 80th anniversary event that includes exclusive insights from Turner Classic Movies.